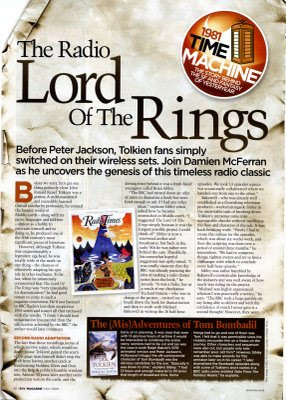 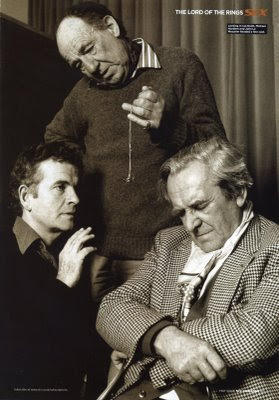 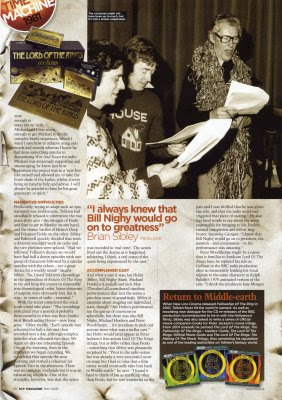 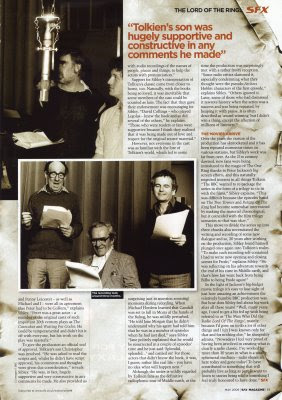 As the magazine doesn't give the information, readers might like to know which actors are depicted in the photo which spans the third and forth pages: they are (page 3, left to right) Richard O'Callaghan (Merry), David Collings (Legolas), Stephen Thorne (Treebeard, which is why he is draped in miles of old recording tape to give him a leafy-rustle!) and (page 4) Douglas Livingstone (Gimli) and John McAndrew (Pippin). The photo below once again shows  Michael Hordern (Gandalf), John Le Mesurier (Bilbo) and Ian Holm (Frodo).
You can read more about the story behind the BBC radio dramatisation in my article The Ring Goes Ever On.